What is an Anti Drone Jamming System? 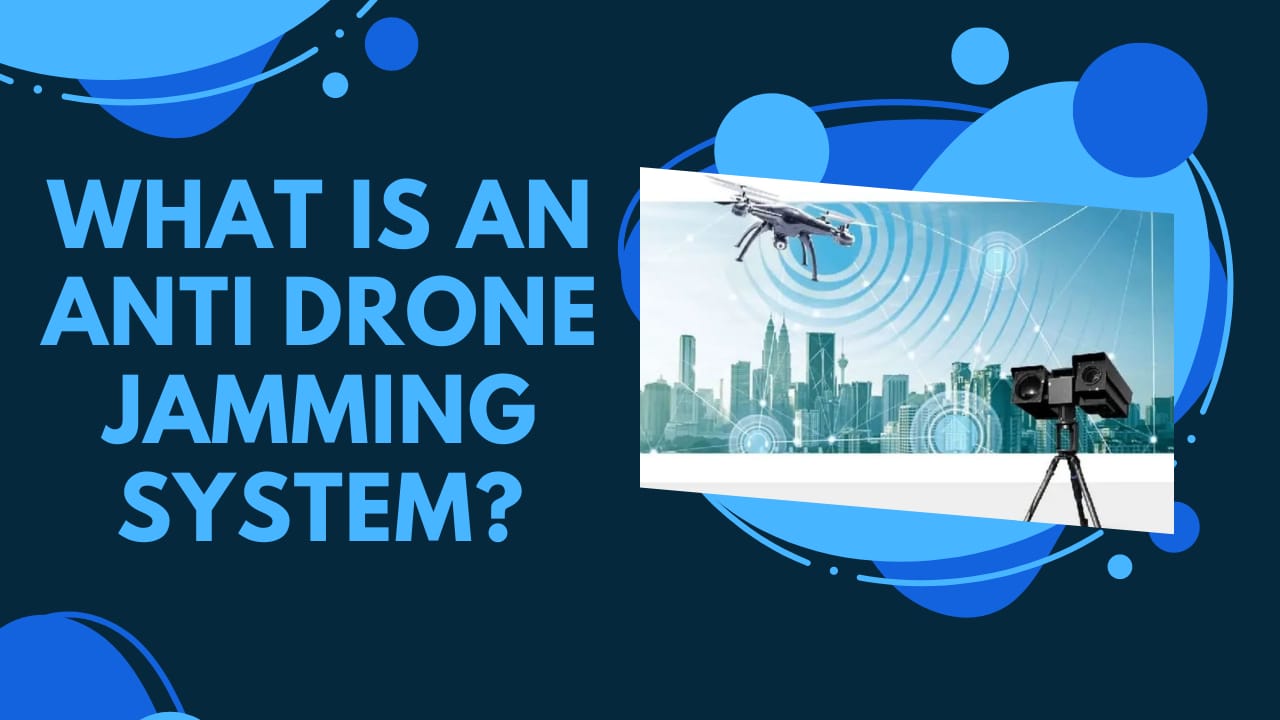 03 Aug What is an Anti Drone Jamming System?

Posted at 18:09h in Drone Detection by Stefan Schulz

Note: The information provided on this website does not, and is not intended to, constitute legal advice; instead, all information, content, and materials available on this site are for general informational purposes only.

Drones are becoming more and more prevalent in our society.

You may have seen them flying overhead at a park, moving slowly along the beach, or even hovering near a building. While many people see drones as harmless tools for recreation or photography, there is a growing concern about the potential for privacy invasion and security risks posed by drones.

This has led to an increasing demand for drone jammers, electronic devices that can interfere with the signal of a drone, preventing it from flying. But are drone jammers legal? And how do they work? Let’s take a closer look.

What Are Anti Drone Jammers?

Anti-drone jammers are exactly what they sound like. They are devices deployed by people that don’t want drones flying around their property. These systems literally “jam” the signal between the drone and its controller, preventing it from receiving commands.

How Does Drone Jamming Work?

Drone jamming works by emitting a radio frequency that interferes with the signal between the drone and its controller. These signals are typically in the 2.4 or 5.8 GHz range, which are the same frequencies used by WiFi networks and many other consumer electronics. When they come in contact with the drone, they can prevent it from receiving or transmitting data.

There are two main types of drone jammers:

Both types of jammers work in essentially the same way. They interfere with the signal between the drone and its controller, disrupting the drone’s ability to receive commands. This results in the drone either losing control and crashing, or simply being forced to land.

Interestingly, most anti drone jamming systems are utilized by the government for security purposes. So, you would immediately assume they have to be legal for civilians too. Right?

In the United States

In the United States, drone jammers are technically illegal. There are a number of laws that make it illegal to interfere with the signal of any electronic device, including drones.

To summarize: “The use of cell jammers or similar devices designed to intentionally block, jam, or interfere with authorized radio communications (signal blockers, GPS jammers, or text stoppers, etc.) is a violation of federal law. Also, it is unlawful to advertise, sell, distribute, or otherwise market these devices to consumers in the United States.”

The use of drone jammers to interfere with communication frequencies accessible to the public is comparable to utilizing technologies to disrupt cellphone signals in many ways.

This is where Section 333 of Title 47 of the Communications Act of 1934 kicks in. In other words, this section prohibits any form of intentional or malicious interference with radio communications.

The word “jammer” itself indicates that a drone jammer should not be used, produced, or imported without the federal government’s approval. In addition, the operator of a jammer must be licensed by the Commission’s regulations.

When a drone jammer is utilized, there’s always the chance that the drone will lose control, fall out of the sky, and cause damage to property or bodily harm. Because of this, even government-authorized personnel may be held liable if they utilize a drone jammers. This makes drone jamming a very risky proposition for anyone

Finally, there are several sections in the US Criminal Code that may be interpreted to oppose drone jammers.

The law not only prohibits the disruption of satellite and radio communications, but also the destruction of aircraft, which covers drones.

One last point worth mentioning is that drone jamming is also considered a kind of hacking, which is expressly prohibited by the US Criminal Code.

So, in essence drone jamming is not legal in the United States.

But, people are still searching for ways to protect their privacy from drones.

One of the more popular methods is to utilize drone detection software.

Drone detection apps work by identifying the signal emitted by a drone and then notifying the user of its presence.

This is different from drone jamming in a few ways:

For these reasons, drone detection apps are a much safer and more legal option for people who want to protect their privacy from drones.

There are a number of different drone detection apps available, both for commercial and personal use. If you’d like to learn more about how to detect drones, please check out our detailed guide here.