What is Enumeration in Ethical Hacking? 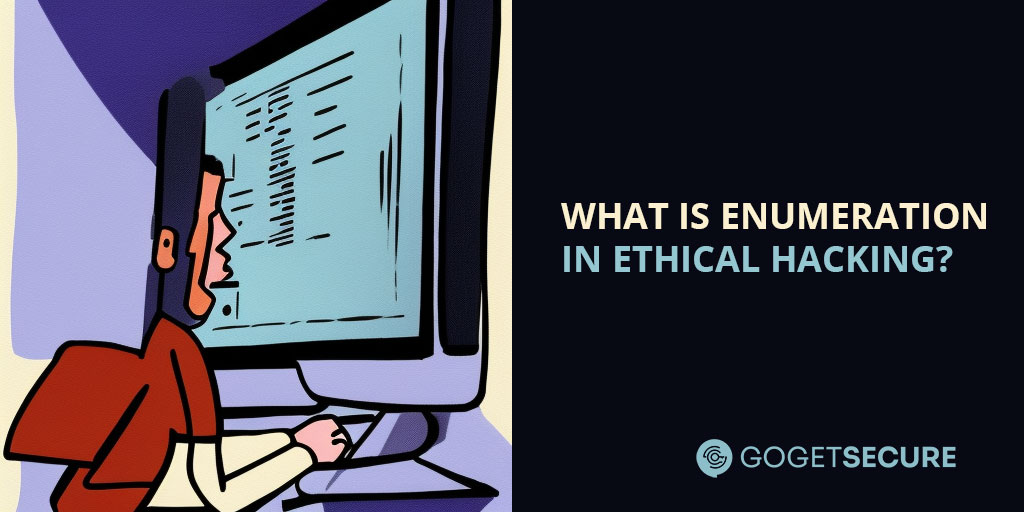 18 Nov What is Enumeration in Ethical Hacking?

Posted at 15:09h in Ethical Hacking by Stefan Schulz

Ethical hackers have long utilized enumeration to access networks and systems early in computing. Enumeration is simply the act of systematically probing a target for information. It’s an invaluable tool for hackers as it can give them details about open ports, passwords, and usernames that might give them a way into the system.

What is Enumeration? A Simple Definition

At its core, enumeration is the act of systematically probing a target to obtain information. Hackers use this process primarily to gather details about open ports, usernames and passwords, sensitive information, and other valuable data that can give them access to systems or even entire networks.

Ethical hacking helps individuals find weaknesses in computer systems so they can be fixed before malicious hackers exploit them. Enumeration is vital to supporting ethical hacking because it allows hackers to gather the information, they need to launch targeted attacks.

For example, if a hacker wants to crack passwords, they need to know the usernames of valid users on the system. By enumerating the target system, this information can be more efficiently extracted.

What Phase of Ethical Hacking Does Enumeration Fit Into?

Enumeration is typically used in the reconnaissance phase of ethical hacking when hackers gather information about their target. However, it can also be used to prepare for an attack by gathering additional details about a system.

For example, suppose an attacker knows that a particular server is vulnerable to certain exploits. In that case, they may use enumeration to gather more details about that server to tailor their attack specifically for it.

What Type of Information Can Be Gathered with Enumeration?

In general, enumeration can uncover a wide range of valuable information about a system or network, including:

Why Enumeration is Needed

Enumeration is an important step in ethical hacking because it allows hackers to gain valuable insight into the target system. Hackers can identify potential attack vectors and exploit them more easily by uncovering information such as usernames, passwords, and network topology. In addition, enumeration can also help defenders identify vulnerabilities and strengthen the security of their systems.

Eight types of enumeration are commonly used in ethical hacking:

Each type serves a different purpose, but they are all commonly used in ethical hacking to gain access to sensitive information about the target system.

The importance of enumeration in network security cannot be overstated. By studying a system’s components and how they work together, you can discover vulnerabilities that can be exploited to gain access to sensitive data.

Depending on the system targeted, various methods can be used for enumeration. Some of the most common enumeration techniques include port scanning, banner grabbing, network sniffing, and brute-force password cracking.

To get started with enumeration in ethical hacking, it is essential to have a solid understanding of network protocols and how they work. This knowledge can help you identify open ports and vulnerable services on the target system that can be used to gain access.

A vulnerability scanner is a standard tool used to enumerate networks and gain information about the attack surface. Some popular penetration testing tools for network enumeration include NBTScan, DumpSec, SMBScanner, and NetCat.