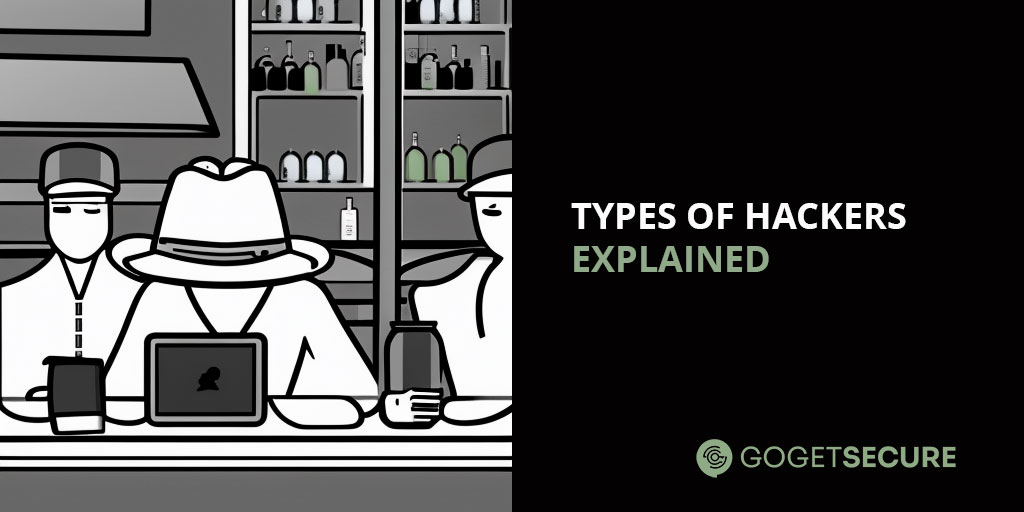 Posted at 16:17h in Ethical Hacking by Stefan Schulz

The term “hacker” is one that many people are familiar with, but not everyone understands the word’s true meaning. There are different types of hackers with varying motives and methods.

When most people hear the word “hacker,” they think of someone who modifies hardware or software without proper training to suit their own needs. This definition, however, is quite limited and doesn’t apply to everyone who might be considered a hacker.

The post below will provide a simple hacker definition to clarify the subject. We’ll also explore some of the most common types of hackers, their motives, and their methods to accomplish their goals.

What Is a Hacker?

A hacker uses programming or technical skills to find and exploit weaknesses in computer systems or networks. Hackers are often associated with criminal activity and malicious intent, but they can also be used for good.

There are quite a few different types of hackers, each with their motives and methods. Let’s take a closer look at some of the most common types.

White hat hackers use their technical skills to discover and prevent security threats. They have the proper training and work with companies or organizations to help improve security by finding system weaknesses.

A white hat hacker is often called an ethical hacker and can work full-time or as a contractor. Additionally, some white hat hackers work via bug bounty programs to earn income.

Black hat hackers, also known as cybercriminals, use their technical skills to exploit computer systems for personal gain or malicious intent. They may break into networks and steal information or cause damage to a system without the owner’s knowledge. Some black hat hackers sell the information they acquire or use it to blackmail organizations.

As the name suggests, gray hat hackers fall in between black and white hat. They are not entirely evil like black hat hackers but aren’t squeaky clean like white hat hackers.

Gray hat hackers use the internet to find and exploit vulnerabilities in systems. If they discover a flaw, they will contact the owner or administrator of the network to tell them about it. The condition is that the owner pays them a certain amount for their services. This doesn’t follow the ethical guidelines of white hat hackers, but it also doesn’t involve the malicious or criminal activity associated with black hat hackers.

Red and white hat hackers share the same goal, but their methodology differs. White hat hackers work to prevent future attacks by building up defenses, while red hats go straight for the jugular.

Red hat hackers go to extreme lengths to disrupt the plans of black hat hackers. These vigilantes utilize counterattacks to essentially hack the bad hackers until the black hats are stopped. To red hats, the process is justified as long as it leads to the desired outcome.

Blue hats either seek revenge or are outside consultants

Depending on the organization and scenario, blue hat hackers can mean two different things.

Some hackers don’t want money or fame; instead, they want to get revenge on a person or entity that has wronged them. These blue hat hackers use malicious software and various cyberattacks to damage their enemies’ data, websites, and devices.

Green hats are newbies that want to get better.

Green hat hackers are relatively new to the world of hacking and still have much to learn. Often excited by the prospect of becoming a hacker but unaware of proper protocols and techniques, green hats attempt to learn about hacking through trial and error.

Their intent is not malicious – they want to gain recognition from peers and elevate their position within the hacker community. Though accidental damage can result from their efforts, some experienced mentors see these enthusiastic newcomers as sources of untapped talent in the ever-growing cybersecurity industry.

More and more organizations are offering incentives to encourage green hats to use their curiosity constructively, such as ethical hacking competitions, coding challenges, and “white hat” boot camps where participants receive guidance on using the tools safely and responsibly.

Another type of hacker that shares similarities with a green hat hacker are known as a “script kiddie.” Script kiddies are amateur hackers, but instead of learning new hacking techniques and programming, they’re only interested in downloading or buying malware, tools, and scripts online.

Green hats are distinguished from script kiddies in that they take their work seriously and are driven to improve their skills. Script kiddies, on the other hand, want to use pre-existing scripts and codes for hacking purposes. They are all about finding shortcuts and executing hacks without fully understanding all of the implications behind them.

The term ‘hacktivist’ refers to a hacker or group of hackers who use their technical skills for political purposes. The goals and objectives of a hacktivist vary widely, but all are focused on bringing attention to causes they feel passionately about.

Generally, hacktivists have decentralized networks that work together to target government institutions, private companies, or individuals who are perceived as an oppressor or hindering civil rights. For example, one well-known hacktivist organization is Anonymous which gained attention for a wide number of cause-based attacks, most recently including Operation Russia. While many of the group’s activities and objectives are controversial, the consensus is that their primary purpose is to bring awareness to their chosen cause or issue.

What Hacker Type is the Best?

White hat hackers are widely considered to be the best type of hacker in cybersecurity. This is because they use their technical skills and problem-solving abilities to defend the digital infrastructure of organizations and individuals from malicious attacks rather than conducting themselves with malicious intent.

White hat hackers commonly perform penetration testing and other security assessments that help organizations identify weaknesses in their systems before other types of hackers can exploit them. These assessments can also provide actionable intelligence to mitigate risk, harden system security and protect against unauthorized access. Furthermore, white hat hacking typically involves working with a company’s existing computer systems to identify possible vulnerabilities rather than attempting to gain unauthorized access or cause disruption.

This makes white hat hacking a safe, secure, and highly beneficial activity for any organization looking to keep its online assets safe from potential threats. Many businesses, like Microsoft and Google, even offer rewards for white hat hacking activities that successfully uncover vulnerabilities in their systems, making it an even more lucrative venture. It is easy to understand why white hat hackers are generally regarded as the best type of hacker – they possess a crucial set of ethical principles that help bring valuable security improvements while staying within boundaries sanctioned by enforcement authorities.