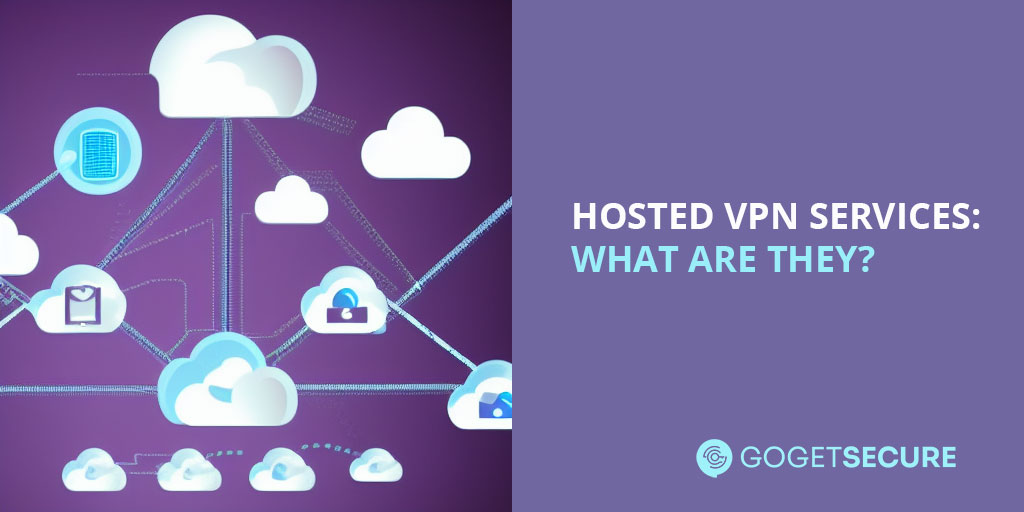 What is a Hosted VPN Service?

A Hosted VPN service is a virtual private network (VPN) hosted by a third-party provider. The provider is responsible for the administration, maintenance, and general support of the hosting service and account. With a hosted VPN, users can connect securely from any location to the network and access company data and applications.

From the perspective of a business entity or organization, this type of VPN service represents an inexpensive way to broaden your networks, provide secure access across all data centers, connect to other users, or use your existing server infrastructure to establish a much larger network.

For a network user, the main benefit of a hosted VPN is accessibility from any location to corporate resources and applications. The user has no responsibility for system administration, management, or maintenance. The service can be provided on-premise (Private Cloud VPN) – in which case you are using your hardware, software, and resources – or it can be managed by a third party (Public Cloud VPN), in which case your data is stored on a cloud infrastructure that is owned and managed by the service provider.

As a Layer 3 solution for both LAN-to-LAN and WAN-to-LAN deployments, site-to-site Internet Protocol security (IPsec) is used by cloud VPNs to create an encrypted tunnel to safeguard data in transit between network peers.

To secure communications over IP networks, IPsec cryptographic security keys are used to establish protocols for mutual authentication between clients at the outset of a session and again at any point during the session.

Because of this, Cloud VPNs can create a secure, encrypted connection between two networks, simulating a direct connection through a physical router. Cloud VPN traffic can also be managed with the help of rules and policies, just like traditional network connections configured on the user’s end.

What is the difference between a VPN Service Provider and a Self-Hosted VPN?

While a hosted VPN service does not provide the same level of control, scalability, and security that a self-hosted VPN can, it is a good option for companies who do not have the in-house IT personnel and infrastructure to fully manage their own VPN. A hosted VPN service provides these companies with a way to gain secure access to their cloud-based resources.

The main difference between the services comes down to the administration and maintenance of the services and visibility and control over network connections. Some providers can manage multiple customers on a single network with ease.

Compliance is also something to consider when comparing hosted and self-hosted VPN services. While a self-hosted VPN grants complete control over your network and allows you to meet compliance requirements, a hosted VPN might not be as easily managed.

Are Hosted VPNs Worth It?

The short answer is yes. A hosted VPN is worth it. Hosted VPNs provide scalability in terms of security and greater network visibility, lower latency for remote workers, increased productivity, and decreased costs.

There are a number of hosted VPN solutions for businesses to consider. Some of the top providers include Perimeter 81, NordLayer, and GoodAccess.

Recently, we partnered with one of the top US-based VPN providers, Perimeter81, to provide our readers with a high quality, easy to setup Hosted VPN Service.

Perimeter 81 is our #1 recommended hosted VPN. Their solution enables businesses to set up private VPN servers that employees can access securely from anywhere. With an online dashboard, you don’t need any special training to keep track of your staff’s network activity. With this, employees will be able to access files and other work resources remotely without sacrificing security.

All data is encrypted with industry-standard 256-bit AES encryption. If you don’t deploy your own VPN, Perimeter 81 has 700 public servers in 36 locations around the world that you can choose from.