Is Hacking Legal or Illegal? 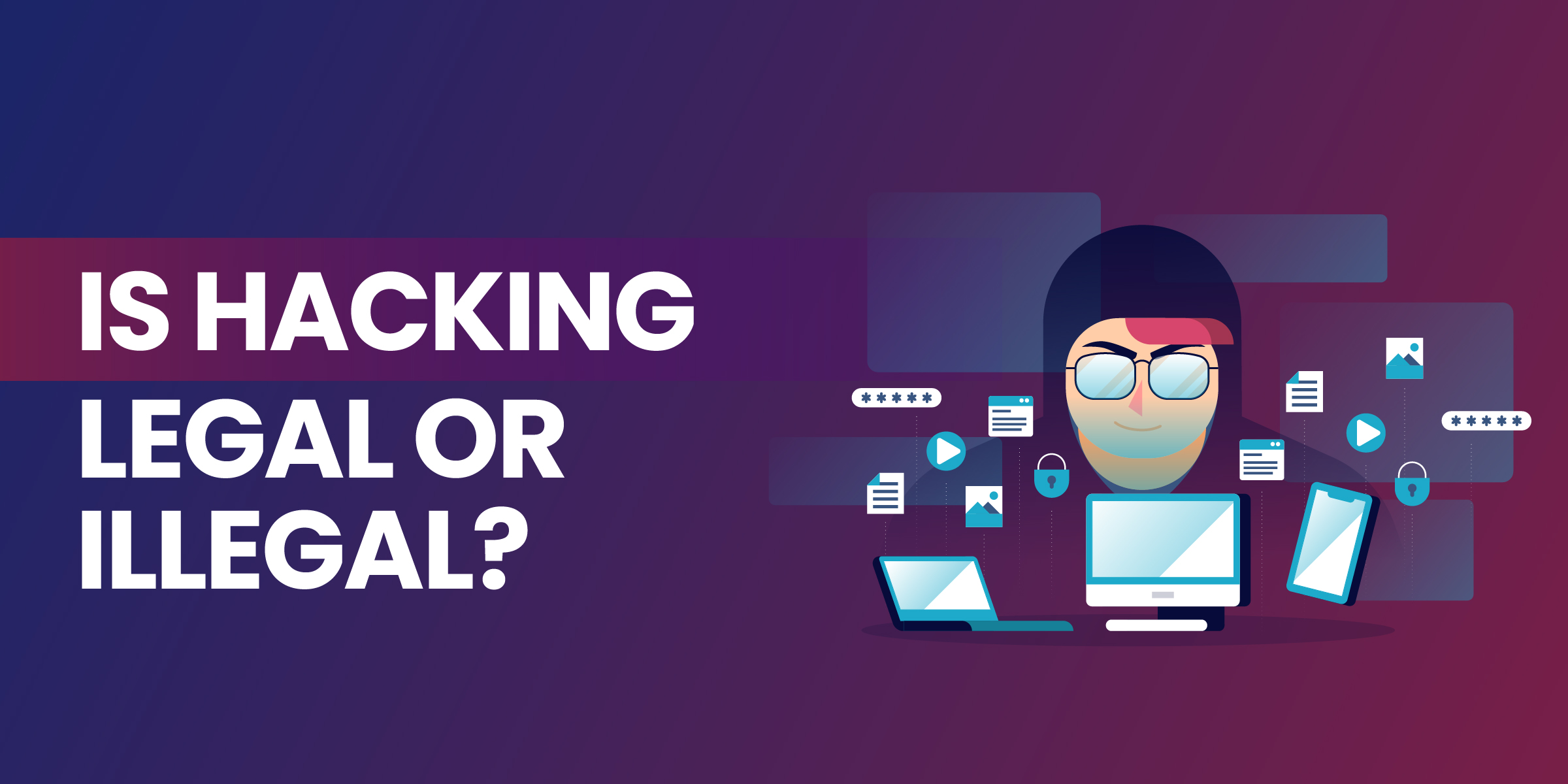 19 May Is Hacking Legal or Illegal?

Posted at 17:12h in Ethical Hacking by Stefan Schulz

In the world of computers, hacking refers to a variety of activities. Some hackers engage in hacking for illegal purposes, while others hack for fun or to find security vulnerabilities in systems. In general, the term hacking can be used to describe any activity that results in the unauthorized access or use of data or resources.

Is hacking legal or illegal? It depends on the context and intent of the hacker. If a hacker is working with permission and within the bounds set by the system owner, then their activities are likely legal. However, if a hacker attempts to gain access to a system without authorization or exceeds their granted access, then they may be breaking the law.

There are many countries with laws that specifically address computer hacking, and the penalties for breaking these laws can be severe. In the United States, the Computer Fraud and Abuse Act (CFAA) is a law that prohibits unauthorized access to protected computer systems. The CFAA is a federal law, which means it applies to all states in the US. Penalties for violating the CFAA can include fines and jail time.

So, whether or not hacking is legal depends on the context and intent of the hacker. However, some general principles can be applied to most situations. Generally speaking, hacking is only legal if it is done for a good reason and does not cause any harm. Additionally, hacking into someone’s personal computer or network without their permission is always illegal.

Types of Hacking and Whether or Not They Are Legal 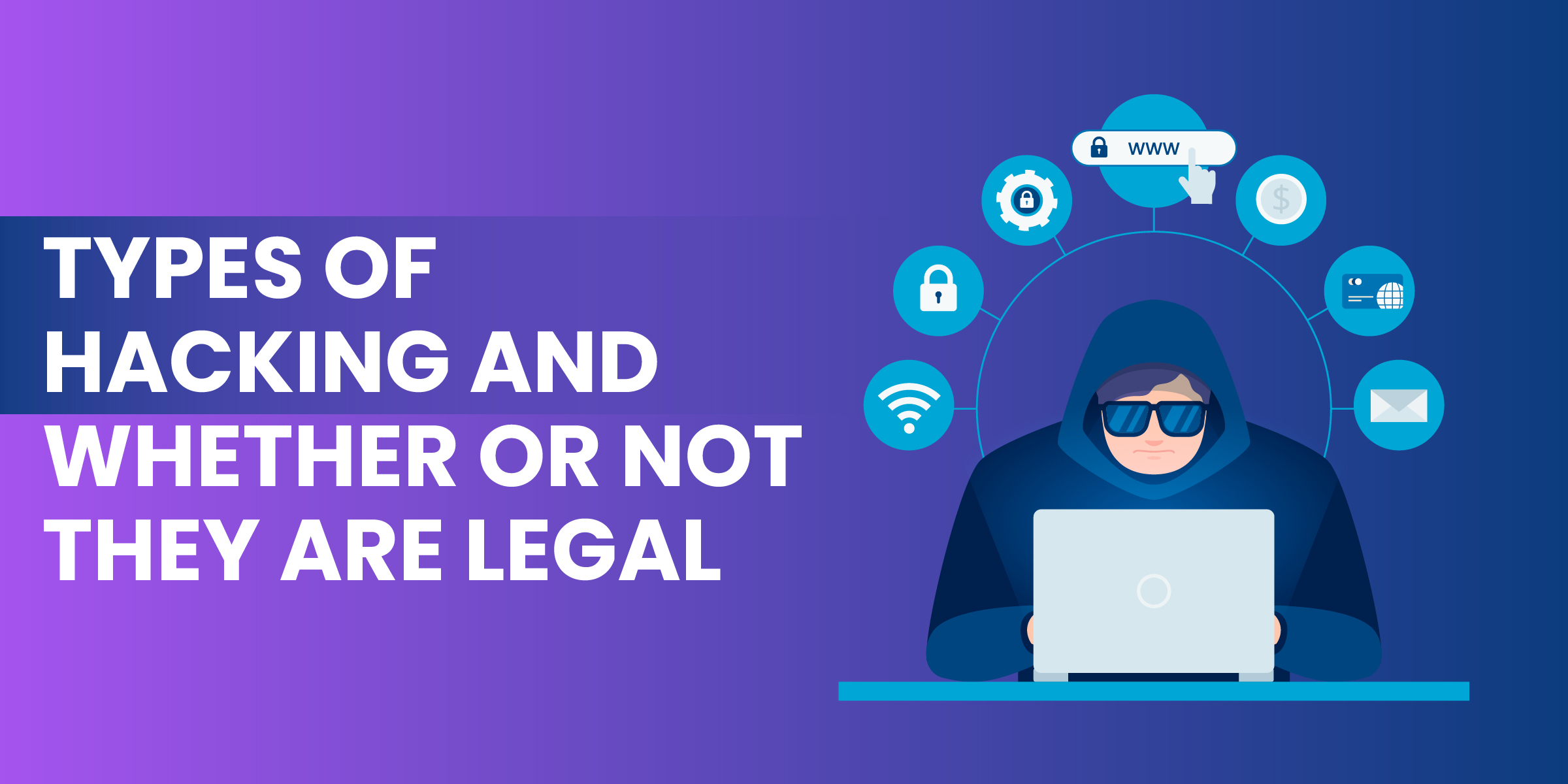 There are many different types of hacking, and not all of them are illegal. Some hacking is done with the permission of the victim and is used to test security systems. This type of hacking is generally referred to as “white hat” hacking and is legal in most jurisdictions.

Other types of hacking are done without the permission of the victim and are used to steal information or cause damage. This type of hacking is generally referred to as “black hat” hacking and is illegal in most jurisdictions.

Let’s take a closer look at some of the different types of hacking and whether or not they are legal.

White hat hacking is a term used to describe ethical hacking. This type of hacking is done with permission from the system owner and is typically done to find security vulnerabilities. White hat hackers use their skills to improve the security of systems by identifying and exploiting weaknesses.

White hat hacking is legal in most jurisdictions as long as the hacker has permission from the system owner. However, there are some countries, such as China, that have laws that criminalize white hat hacking.

Black hat hacking is a term used to describe illegal hacking. This type of hacking is done without permission from the system owner and is typically done to steal information or cause damage. Black hat hackers use their skills to exploit security vulnerabilities to gain unauthorized access to systems or data.

Gray hat hacking is a term used to describe hacking that falls somewhere between black hat and white hat hacking. Gray hat hackers may hack without permission, but typically do not do so with the intent to steal or cause damage. Instead, gray hat hackers often hack for the challenge or to find and expose security vulnerabilities.

While script kiddies are not skilled hackers, their actions can still be illegal. This is because they are breaking into systems without authorization. Additionally, even though script kiddies may not cause damage themselves, the hacking tools and scripts they use can cause damage if they fall into the wrong hands.

A hacktivist is a term used to describe a hacker who uses their skills for political or social activism. Hacktivists may engage in activities such as hacking government websites or releasing private information about companies or individuals.

While hacktivism is often seen as a form of civil disobedience, it can still be illegal. This is because hacktivists often break into systems or release information without authorization. Additionally, hacktivism can sometimes cross the line into vandalism or terrorism, which are both illegal.

Is It Illegal To Be a Hacker? 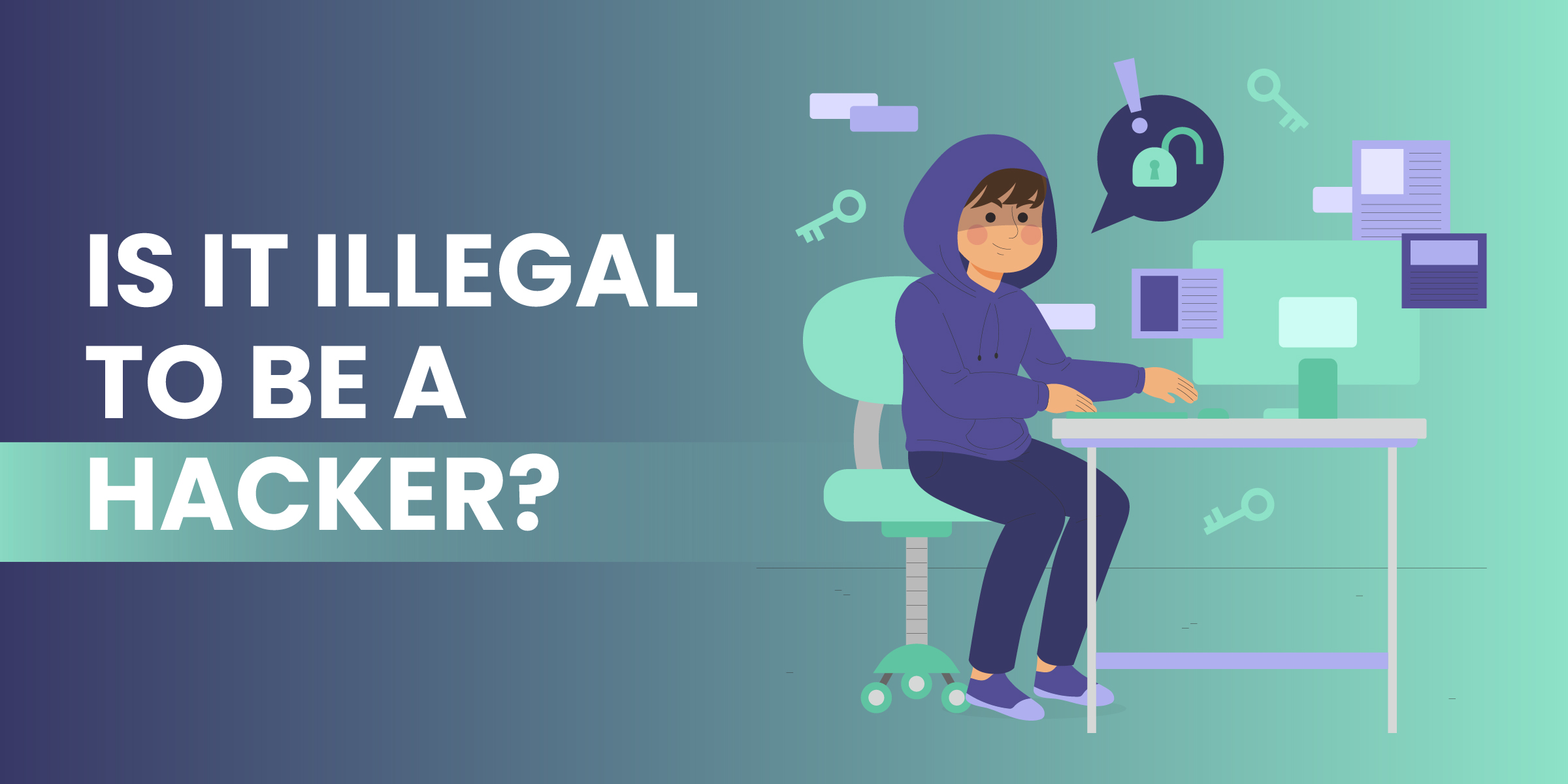 Ethical Hacking: Can I Legally Hack?

It’s a question that anyone with an interest in hacking will eventually ask themselves, can I legally hack? The answer is… it depends. It depends on where you are, what you’re hacking, and why you’re doing it. Let’s take a look at some of the key factors that will affect whether or not your hacking is legal.

The first factor to consider is your location. The laws governing hacking vary from country to country, and what might be legal in one place could be illegal in another. For example, in the United States, the Computer Fraud and Abuse Act makes it illegal to access a computer without authorization or to exceed authorized access. However, in some countries, such as Germany, hacking is only illegal if it’s done with malicious intent.

The next factor to consider is your target. If you’re hacking into a personal account, such as a social media account or an email account, that’s generally going to be considered illegal. However, if you’re hacking into a company’s system to test their security, that’s usually going to be considered legal. The key difference here is that with a personal account, you’re typically accessing information that isn’t yours, whereas, with a company’s system, you usually have permission to be there.

The final factor to consider is your motivation. If you’re hacking for personal gains, such as to steal information or money, that’s almost always going to be considered illegal. However, if you’re hacking to help a company improve its security, that’s usually going to be considered legal. The key difference here is that illegal hacking typically has a malicious intent, whereas ethical hacking typically does not.

So, what’s the bottom line? The legality of hacking depends on a variety of factors, including location, target, and motivation. If you’re ever in doubt, it’s always best to err on the side of caution and consult with a legal expert.

Penetration testing, also known as pen testing, is the process of testing a system for security vulnerabilities. This can be done manually or with automated tools. Pen testing is often used to test web applications, networks, and servers.

Security scanning is the process of using automated tools to scan a system for security vulnerabilities. This can be done against web applications, networks, and servers. 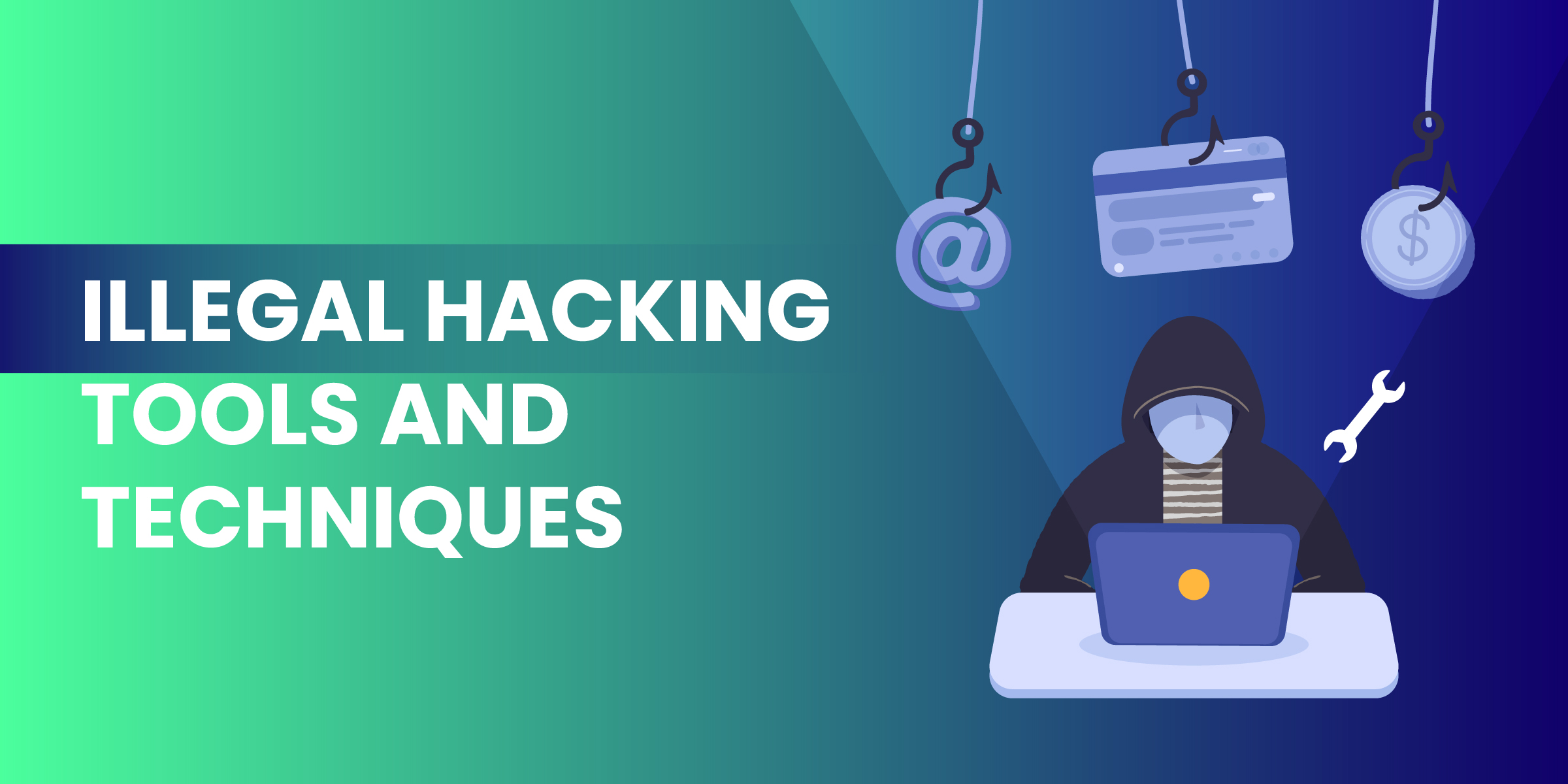 Malware is a type of software that is designed to damage or disrupt a system. This can be done by infecting a system with a virus, Trojan horse, or worm.

A denial-of-service attack is an attempt to make a system unavailable to its users. This can be done by flooding the system with requests, making it difficult for legitimate requests to be processed.

A key logger is a type of software that records all of the keys that are pressed on a keyboard. This can be used to steal passwords or other sensitive information.

SQL injection is a type of attack where malicious code is injected into a database. This can be used to access or delete data from the database.

Phishing is a type of attack where a user is tricked into providing sensitive information, such as a password or credit card number. This is often done by sending an email that appears to be from a legitimate source but contains a link to a malicious website.

How Legal Systems Around the World Are Different 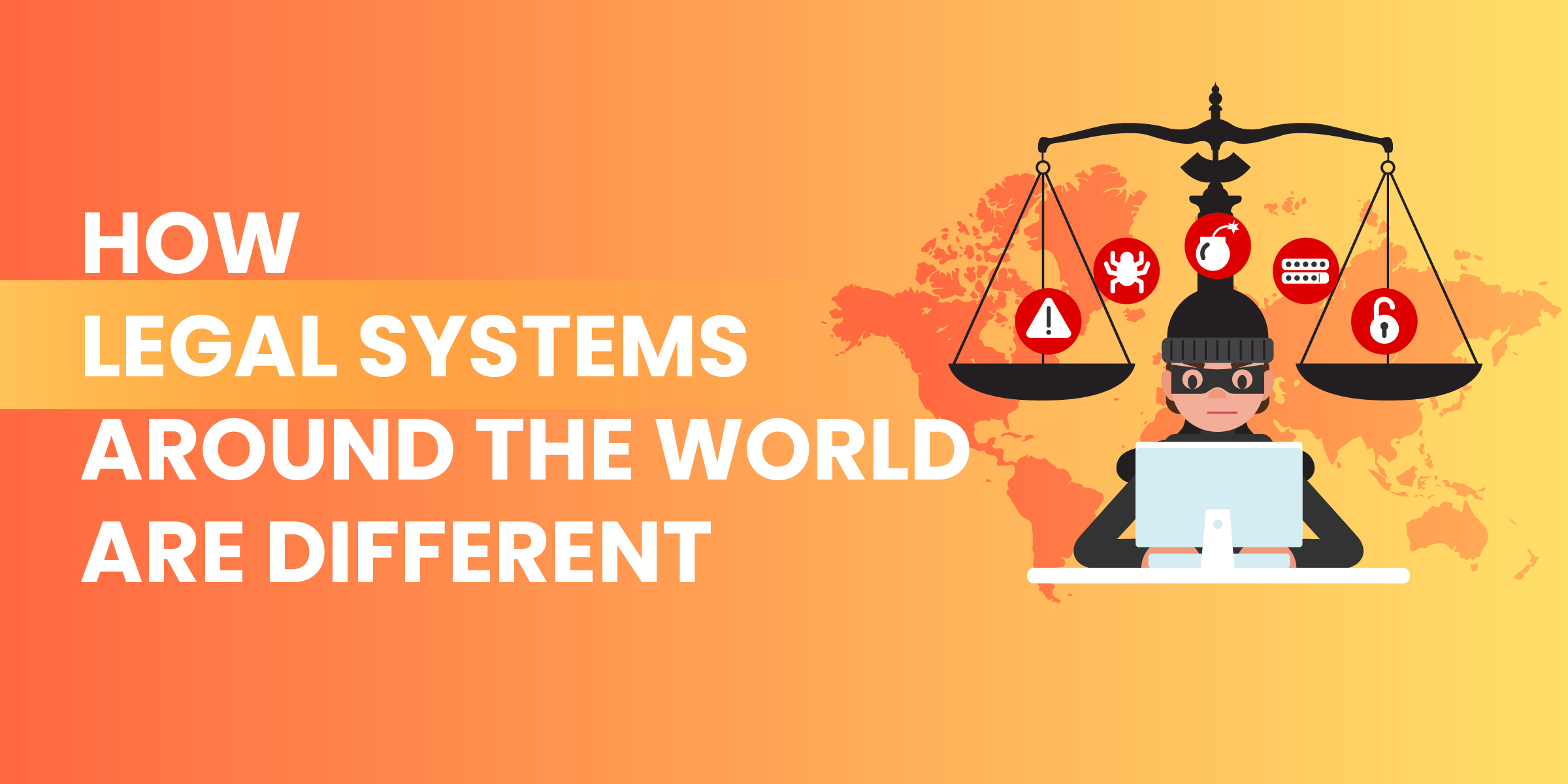 The legal systems around the world are different in several ways. One of the most significant ways that they differ is in their approach to hacking.  In some legal systems, hacking is considered a crime, while in others it is seen as a legitimate form of business.

The United States is one of the countries where hacking is considered a crime. The Computer Fraud and Abuse Act (CFAA) is a US law that makes it illegal to access a computer without authorization. The CFAA has been used to prosecute several high-profile cases, including the prosecution of Aaron Swartz.

Other countries, such as China and Russia, have a more relaxed approach to hacking. In these countries, hacking is often seen as a legitimate form of business. This is because these countries have several companies that specialize in hacking. These companies often provide services to government agencies and businesses.

To recap, hacking can be legal or illegal depending on the motivation and methods used. Many ethical hackers perform penetration testing with permission from the target company to help them find and fix security vulnerabilities. On the other hand, some criminal hackers use their skills to commit cybercrime.

Different countries have different laws regarding hacking, so it is important to research the legal landscape in your country before taking any actions.

If you are a company looking to hire ethical hackers, many reputable firms can help you with your needs. However, if you are considering hiring a hacker for illegal purposes, know that the risks are significant, and the consequences could be dire.