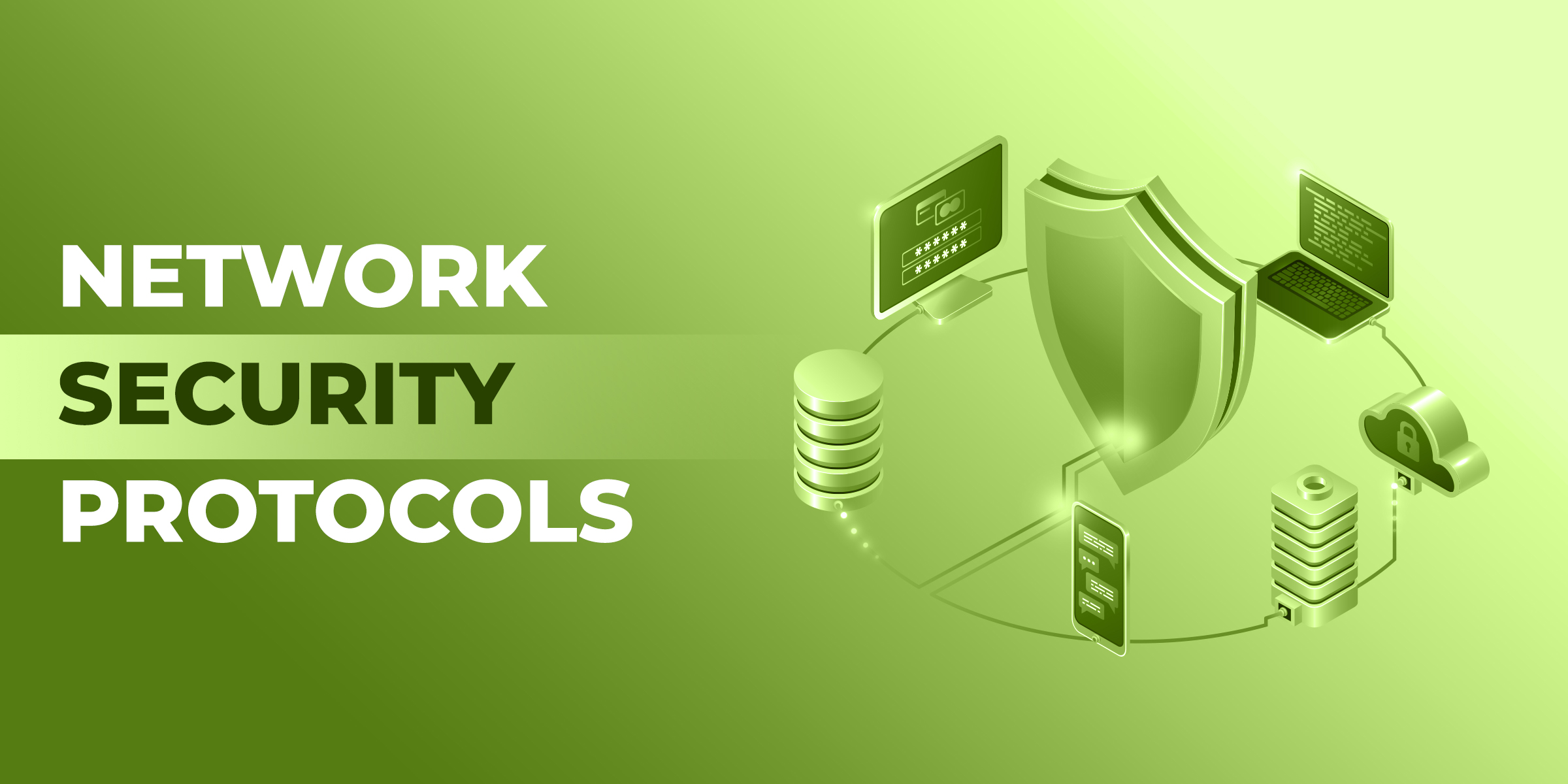 Posted at 22:07h in Network Security by Stefan Schulz

Network security is a critical cybersecurity branch. It plays a crucial role in preventing unauthorized users, applications, or devices from gaining access to your data.

For this reason, you should develop ideal network security protocols — processes that secure your organization from such attempts. Recent cybercrime statistics reveal a staggering fact: A digital breach costs an average of $3.86 million per attack.

If you want to reduce the risk of losing client trust and valuable data, it’s time assess your network security and make sure you have the proper protocols in place. These protocols are an essential line of defense in averting catastrophic losses. This article will discuss the different types of network security protocols you can use for your company.

During the 1990s, Secure Socket Layer (SSL) was a widely accepted cryptographic protocol used to protect web communications. It secures data moving between a web browser and a server and ensures that all information that passes through them stays private and free from attacks.

In 1999, industries started upgrading from SSL to Transport Layer Security (TLS) because of the latter’s improved security features. However, experts still use the term SSL as a metonym for both protocols.

For instance, sites requiring login information still use SSL to secure usernames and passwords. Also, SSL certificates authenticate a site’s identity and authorize qualified users to use an encrypted connection.

Like SSL, TLS provides privacy and data integrity for online communications. One of its most common uses is encrypting the connection between web applications and servers, like a browser loading a site. You can also use them to encrypt other platforms, including email, messaging, and voice over IP (VoIP).

International standards organization Internet Engineering Task Force (IETF) proposed the use of TLS, which was first published in 1999. While its predecessor SSL stopped releasing updates in 1998, it released a new version in 2018 called TLS 1.3.

If you need to protect confidential information like trade secrets, SFTP is the ideal protocol for you. While they don’t defy any data privacy rules, they still cannot fall into the wrong hands. Your competitors cannot know your ingredient, process, and costing secrets.

One of its most popular uses is complying with government regulations like the federal Health Insurance Portability and Accessibility Act (HIPAA), a statute designed to protect patient information.

You can launch SFTP through a command line or graphical user interface (GUI). To do this, you can either type in command lines or use a program for end-users.

Developed in the 90s, HyperText Transfer Protocol (HTTP) is an expandable protocol that has transformed through time. People use it to fetch hypertext documents, images, videos, and other content types to servers.

HTTP is a client-server protocol used for carrying resources like HTML documents. Recipients should initiate HTTP requests to begin any virtual data exchange. By contrast, user agents can answer with messages called responses. They can be browsers or crawl bots.

The HTTPS flow chart seems like a straightforward process, but there are various computers between browsers and servers handling requests. In most cases, the data passes through routers, modems, and other gadgets. However, because of the web’s layered design, these components can hide in the network and transport layers.

With HTTPS, all the data you send arrives in encrypted form. This feature secures information in transit, protects sites from cyberattacks, and encourages visitor trust.

The creators of Secure HTTP (SHTTP) designed it to protect HTTP connections. It provides various mechanisms for confidentiality, authentication, and integrity.

SHTTP is an HTTP extension that allows secure digital file transfers. While SSL authenticates the web server, SHTTP verifies the client. Various organizations endorsed this protocol and integrated it into several browsers and systems. You can use this protocol when you need user authentication more secure than a user ID and password, like bank transactions or online purchases.

Instead of using an encryption system, it supports the Rivest-Shamir-Adleman system. You can also use this protocol as a browser user, but you can’t use it with SSL.

Network security protocols ensure the security and integrity of any information you send through a network connection. No matter what size or industry you’re in, developing one can save you from massive losses caused by cybersecurity threats like malware, phishing, fraud, and so on. If you’re not sure how to do this, we recommend working with a trusted cyber security or IT firm.