What are the Five Phases of Penetration Testing? 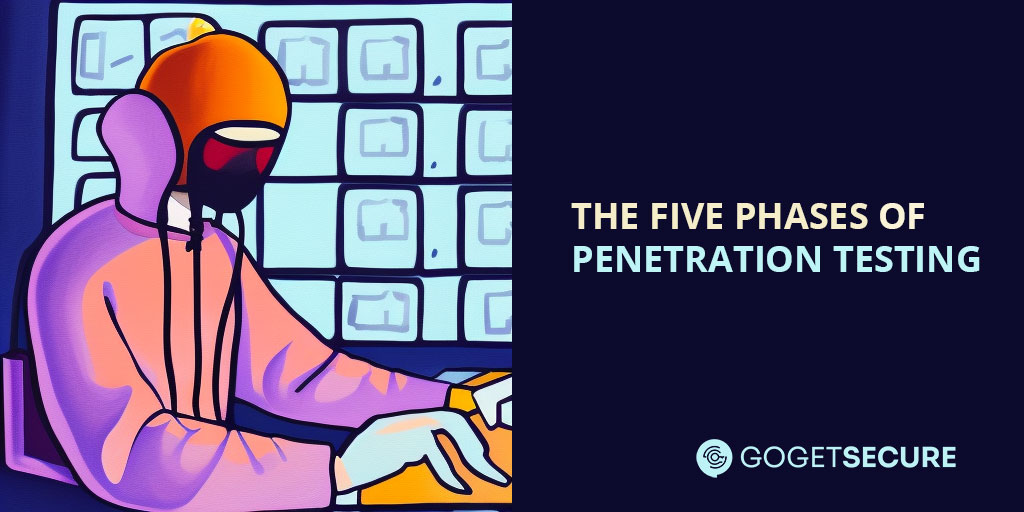 16 Nov What are the Five Phases of Penetration Testing?

Posted at 20:17h in Ethical Hacking by Stefan Schulz

Penetration tests help us understand where our system’s security vulnerabilities are so that we can take steps to fix them. We can find and patch existing flaws by trying to exploit potential holes.

We must follow a certain number of steps to perform an effective pentest. Read about the five phases below and get to know the ins and outs of penetration testing.

The Five Phases of Penetration Testing

There are five phases of penetration testing: reconnaissance, scanning, vulnerability assessment, exploitation, and reporting. Let’s explore each one in more detail.

The first stage of penetration testing is reconnaissance.

The tester’s objective during this phase is to collect as much data about the target system as possible. This includes information about the network topology, operating systems and applications, user accounts, and other relevant information. By gathering as much data as possible, the tester can plan an attack strategy with a higher chance of success.

Depending on the information-gathering methods employed, reconnaissance can be divided into active and passive categories. Passive reconnaissance gathers data from public sources. Active reconnaissance involves directly interacting with the target system and includes techniques like enumeration. To get a comprehensive understanding of the target’s vulnerabilities, both approaches are often necessary.

After gathering the information in the first phase, it is time to scan.

During this second stage, the pentester will use several tools to identify open ports and network traffic running on the target system. Unsafe potential entry points need to be discovered by penetration testers for future stages of testing.

Scanning is often an automated process that can be done outside penetration testing. In those cases, it’s referred to as simply vulnerability scanning. However, scans have limitations—mainly that they can identify potential threats but cannot assess how easily hackers could exploit them. While all organizations should scan regularly, those who want comprehensive protection must also use experienced penetration testers.

In the third phase of penetration testing, vulnerability assessment, the tester uses data gathered in previous steps to find potential weaknesses. From there, they look to see if those weaknesses can be taken advantage of. Although this step is also helpful, it runs more smoothly when combined with other phases of penetration testing.

After the vulnerabilities have been found, it is time to exploit them. During this penetration testing phase, the tester tries to access the target system and exploit any identified flaws, often done by using a tool like Metasploitto to imitate real-world attacks.

This is the most delicate penetration testing phase, as it bypasses security restrictions to access the target system. Though system crashes are rare during this phase, testers must still be cautious to ensure that the system isn’t compromised or damaged.

After the exploitation stage, the tester produces a report identifying the penetration test’s findings. The organization can use this last phase’s report to fix system vulnerabilities and better its security posture.

Security risks can be remediated by building a penetration testing report that documents vulnerabilities and puts them into context. The most useful reports include the following:

The Importance of Following a Pentest Process

Penetration testing is a valuable component of a comprehensive security program. By simulating a real-world attack, penetration testers can help organizations identify vulnerabilities and take steps to mitigate them. But while penetration testing can be highly effective, it must be done carefully and follow a strict process.

A well-defined process also helps ensure that all relevant areas of the network are tested. This is critical for identifying all potential vulnerabilities.

Finally, following a strict process helps ensure that the test results are repeatable. This is important for both verification purposes and for comparing results over time.

Overall, it is clear that there are many benefits to following a strict process when conducting penetration tests. By doing so, organizations can more effectively identify vulnerabilities and take steps to mitigate them.