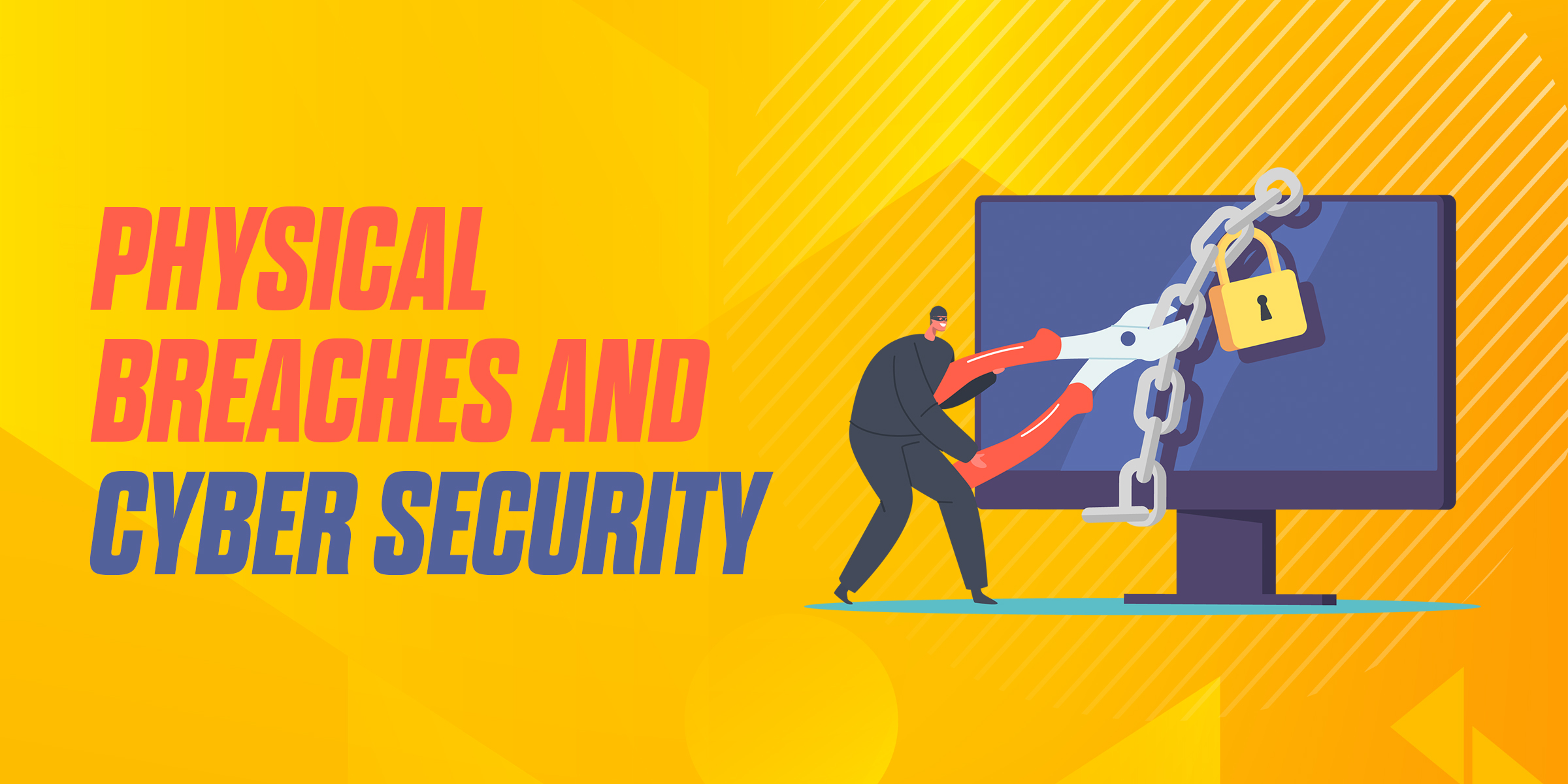 When you think of a physical breach, it’s easy to think about movies like Ocean’s Eleven where a group of criminals break into a casino’s vault.

But unlike Ocean’s Eleven, where the goal is to pull off a huge heist and steal cash, there are a number of physical breach attacks conducted in effort to gain access to sensitive data or systems.

By breaking into a business’ physical premises, criminals can bypass many of the cyber security measures that have been put in place. This can allow them to plant malware, steal data, or even gain control of critical systems.

In the below post, we’ll discuss physical breaches in more detail, including how they impact cyber security and the types of businesses that are at risk. We’ll also share some ideas on how to implement security measures to prevent physical breaches that can result in theft of intellectual property and other sensitive data.

What Is a Physical Breach?

A physical breach is any unauthorized entry into a business’ physical premises. This can include breaking and entering, tailgating, and even dumpster diving.

In some cases, a physical breach can also occur if an employee accidentally leaves a door or window unlocked, or if they share their access badge with someone who shouldn’t have it.

How Do Physical Breaches Happen?

Physical breaches often happen when businesses don’t have the proper security measures in place. For example, if a business doesn’t have security cameras or an alarm system, it’s much easier for criminals to break in undetected.

In many cases, physical breaches are also conducted by insiders who already have access to the premises. This could be an employee who has a grudge against the company, or someone who is being paid by an outside party to commit the breach. Insider threats can be even more difficult to prevent, as businesses often have a harder time monitoring their own employees than they do strangers.

Lost or stolen access cards are also a common way that physical breaches occur. If an employee loses their badge or it’s stolen, there is a risk that the thief could use it to gain access to the premises. Similarly, if an employee’s badge is not properly deactivated when they leave the company, they could still use it to gain access, even if they no longer work there.

Tailgating, or following someone into a secure area without proper authorization, is another common physical breach tactic. This can happen if an employee holds the door open for someone without checking their badge, or if they let a stranger tailgate them into a restricted area.

In some cases, criminals will also pose as delivery drivers or other service providers in order to gain access to a business’ premises. Once they’re inside, they can conduct their breach without being detected.

Physical breaches can have a serious impact on cyber security, as they provide criminals with a direct path to bypassing many of the security measures that have been put in place.

In many cases, physical breaches can result in the installation of malware, theft of data, or tampering with systems. This can lead to a loss of confidential information, financial losses, and even disruptions to critical infrastructure.

In some cases, physical breaches can also be used as a stepping-stone for further cyber attacks. For example, if a criminal gains access to a company’s network through a physical breach, they may then be able to launch additional attacks, such as phishing campaigns or Denial of Service (DoS) attacks.

As more and more businesses, migrate their data and systems online, the risk of physical breaches impacting their cyber security increases. A lot of financial resources and effort go into protecting systems from digital attacks. In fact, the cumulative spending for cyber security could be as high as $1.75 trillion by 2025.

Due to this shift in spending and focus, many businesses are forgetting about the importance of physical security measures. This leaves them vulnerable to attacks that could have been easily prevented with proper security protocols in place.

Types of Businesses at Risk

Any type of business can be impacted by a physical breach, but there are some that are more at risk than others.

Small businesses, in particular, are often targeted by criminals looking to commit physical breaches. This is because they usually have fewer security measures in place and are often less prepared to deal with the aftermath of an attack.

Similarly, businesses that handle sensitive data, such as customer financial information or medical records, are also at a higher risk. This is because the data they possess is valuable and can be used for identity theft, fraud, or other crimes.

Businesses located in high-crime areas are also at an increased risk of physical breaches. This is because there is a greater chance that their premises will be targeted by criminals looking to commit crimes such as burglary or theft.

Lastly, large scale technology companies are susceptible to threat, often through social engineering tactics like impostering or tailgating. These businesses usually have a lot of foot traffic and tend to be open to the public, which makes it easier for criminals to gain access to their premises.

There are a number of measures that businesses can take to prevent physical breaches and protect their cyber security.

One of the most effective ways to prevent physical breaches is to implement a badge system for employees and visitors. This will help to ensure that only authorized personnel have access to the premises.

It’s also important to conduct security audits on a regular basis. These audits can help to identify any weaknesses in the security system and make recommendations for how to improve it. During this process, it’s also recommended to review access cards and keys to make sure that they are secure and up-to-date.

Another important measure is to invest in security cameras and alarms. This can help to deter criminals and also make it easier to identify them if they do manage to gain access to the premises. The effectiveness of security cameras is evident by an ADT study which showed that surveillance cameras installed around Orange County, New Jersey showed a 50% drop in all crime types.

Finally, it’s important to have a plan in place for how to deal with physical breaches. This should include procedures for reporting the incident, contacting law enforcement, and conducting an investigation.

The battle against cybercrime isn’t limited to the digital world. Businesses also need to be vigilant about physical security measures to prevent criminals from gaining access to their premises.

There are a number of measures that businesses can take to prevent physical breaches, including badge systems, security audits, and investment in security cameras.

Combining these practices with ongoing employee training can help keep businesses safe from physical attacks that could jeopardize their cyber security.