What is a Red Team in Cyber Security? 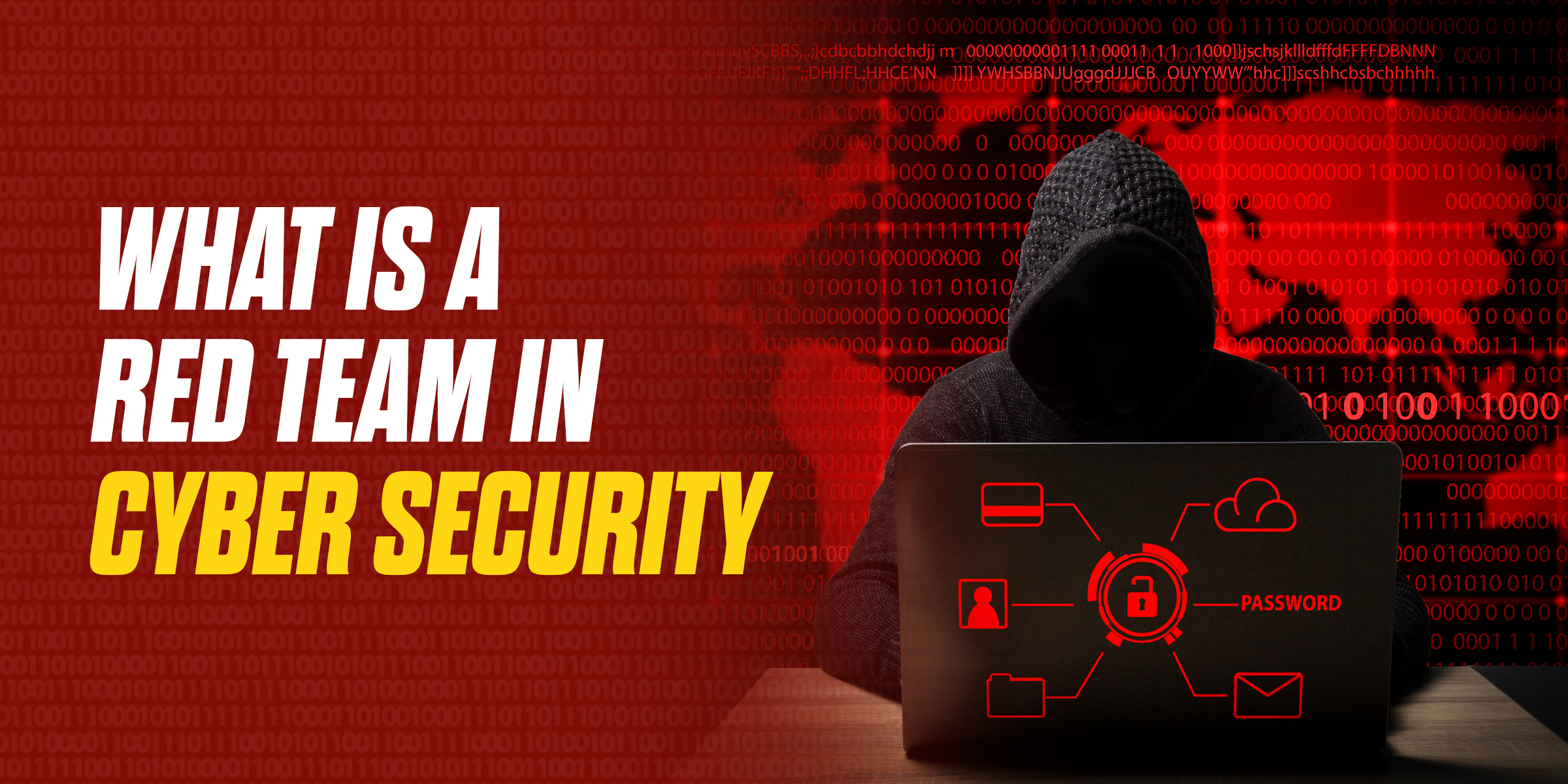 16 Sep What is a Red Team in Cyber Security?

Posted at 14:47h in Ethical Hacking by Stefan Schulz

There are a number of ethical hacking techniques, tools, and professionals that can be used to test system security. One popular way of proactively testing a network, application, or system is to assemble a red team. In the below article we’ll discuss what a red team is, what they do, their benefits, and how they differ from other teams and ethical hacking techniques.

What is a Red Team in Cyber Security?

A Red Team is a group of security experts who are hired to help organizations assess their vulnerability to cyber-attacks. These teams use their skills and knowledge to find weaknesses in an organization’s online defense systems and then recommend ways to improve them. Red Teams can also be used to test an organization’s response to a simulated attack.

Organizations that are worried about their cyber security should consider hiring a Red Team. By finding and fixing vulnerabilities, a Red Team can help an organization avoid a costly data breach or other cyber-attack.

What Does a Red Team Do Exactly?

Red Teams conduct simulated attacks on an organization’s systems in order to find vulnerabilities. Once these weaknesses are found, the team recommends ways to fix them. Additionally, Red Teams can help organizations assess their readiness for a real breach by testing their incident response plans.

In order to carry out their work, Red Teams use a variety of tools and techniques. These can include social engineering, phishing, password cracking, and application exploitation tactics. Red Teams may also use physical security methods such as card cloning in order to gain access to an organization’s premises.

The goal of a Red Team is not to cause damage or steal data. Instead, the team’s objective is to find weaknesses and provide a clear path on how to address them.

What are Some Key Benefits of Red Teaming?

There are a number of benefits that organizations can enjoy by working with a Red Team. These benefits include:

There are some potential cons to consider before using a red team. First, it can be costly to hire a reputable and experienced provider. Additionally, red teams may not always find every vulnerability in an organization. Finally, working with a red team can occasionally lead to false positives, which are vulnerabilities that are found but turn out not to be real.

How Red Teams Are Different

When you hear “Red Team vs Blue Team”, you might start off by wondering what game is on TV today. But in the cyber world, these teams aren’t competing against each other.

Both teams are assembled with common goals, but they go about achieving these goals in different ways.

A good way to think of the relationship between red and blue teams is to actually think of a football team. You have both an offense and a defense.

Red teams are more like the offense. They are proactive and attack the system to find vulnerabilities.

Blue teams are more like the defense. They typically work to respond to incidents and further protect the system from attacks.

Incident response consultants who provide guidance to the IT security team on where to make improvements typically make up blue team groups. These teams work together to stop sophisticated types of cyberattacks and threats. The IT security team then works to implement additional measure protect the internal network.

Red teams and pentesting both fall under the same general umbrella of security testing. They are both used to identify vulnerabilities in systems so that they can be fixed.

However, there are some key differences between the two.

Red teams are more comprehensive in their approach. They not only find vulnerabilities, but they also try to exploit them. This allows them to assess the full impact of an attack and find ways to defend against it.

Pentesting, short for penetration testing, on the other hand, is more focused on finding vulnerabilities. It does not always attempt to exploit them.

Additionally, red teams typically take a longer time to complete their assessment than pentesters do. This is because red teams often have a more comprehensive scope.

Overall, both red teaming and pentesting can be useful tools for identifying vulnerabilities. It just depends on the organization’s needs as to which one is right for them.

In today’s day and world, sitting back and waiting for an attack is a recipe for disaster. You need to be proactive and safely attack internal systems to find vulnerabilities before they are exploited. This is where red teaming comes in.

Red teaming is a comprehensive approach to security testing that not only finds vulnerabilities, but also attempts to exploit them. This allows organizations to assess the full impact of an attack and find ways to defend against it.

For more information on red teaming, ethical hacking and other related topics, check out our list of resources below.