What are Sniffing Attacks? 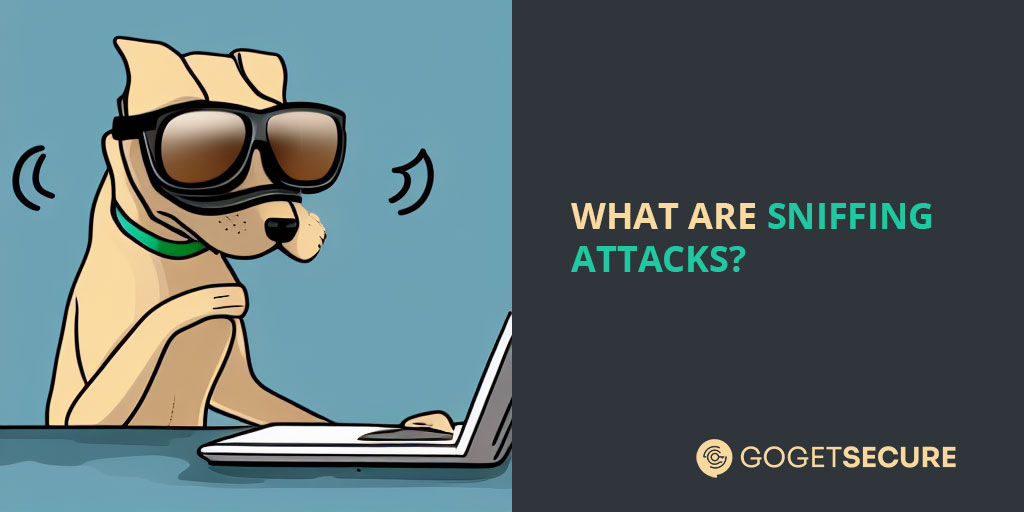 15 Nov What are Sniffing Attacks?

Posted at 16:53h in Ethical Hacking by Stefan Schulz

Network sniffing captures all data packets going through a network using a software application or a hardware device. Ethical hackers can see into a network and understand its users’ behavior with this technique, which helps improve an organization’s cybersecurity.

Although sniffing can be used for good intentions, such as network troubleshooting, it can also be weaponized by malicious hackers to launch attacks. In this post, we’ll explore what sniffing is, how it is used by hackers and preventive measures against these kinds of attacks.

Sniffing, in its most basic form, is the act of intercepting and observing traffic as it moves through a network. This can be achieved using software that captures all data packets passing through a given network interface or hardware devices designed explicitly for this purpose.

What Are Sniffing Attacks?

A sniffing attack is when a sender uses a packet sniffer to read private data as it travels over a network. These attacks often target unencrypted email messages, login credentials, and financial information.

Some attackers use sniffing attack tools and packet sniffers to insert harmful code into safe data packets as a way of taking over a target’s computer or other devices.

How Packets are Intercepted by Hackers

Hackers capture packets passing through a network in a few different ways.

Packets are often intercepted by using specially designed software programs or packet sniffers. These tools allow hackers to view and analyze data as it moves across a network.

Another common method hackers use is spoofing, or creating false identities to trick other devices into sending data packets that can be intercepted. This technique relies on exploiting vulnerabilities in a target’s security systems.

There are two main types of sniffing attacks: passive and active.

A passive sniffing attack is when a hacker intercepts and captures packets that are sent across a network. This type of attack can be used to steal private data, such as emails or login credentials.

In contrast, an active sniffing attack involves manipulating the content of the captured packets to inject malicious code into a target system. This type of attack is often used to conduct more sophisticated, targeted attacks on specific individuals or organizations.

How to Prevent Sniffing Attacks

One of the best ways to prevent sniffing attacks is to encrypt data packets as they are transmitted over a network. This ensures that any harmful code injected into data packets by hackers will be rendered harmless, protecting users from harm.

Another helpful measure to prevent sniffing attacks is using firewall and antivirus software to protect computers and other devices from malicious code. Additionally, it is essential to keep all software and devices up-to-date with the latest security patches and software updates to prevent vulnerabilities from being exploited by hackers.

Organizations can take several steps to protect themselves against sniffing attacks and other cybersecurity threats. By implementing strong security measures and educating employees on best practices for protecting sensitive data, organizations can help mitigate the risk of these types of attacks.