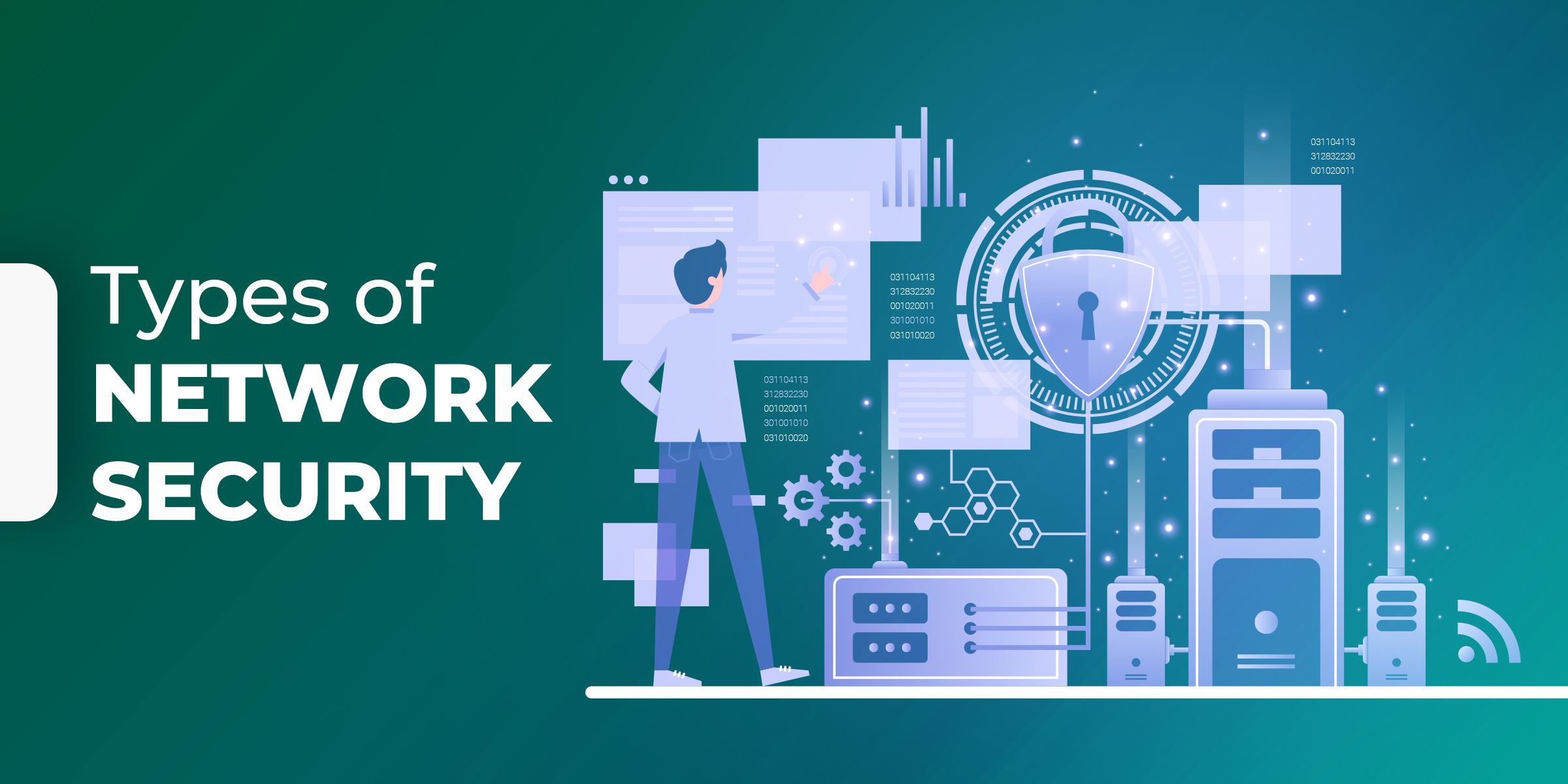 Posted at 00:24h in Network Security by Stefan Schulz

Network security plays a critical role in the overall success of an organization. It is especially crucial given the prevalence of cybercrime nowadays and the fact that an average data breach costs approximately $3.86 million. This is where network security comes in.

Network security is more of a general term and there are many solutions that make up its overall capabilities.

To give you an idea, let’s discuss the main types of network security protections available today and what you can expect from these measures.

NAC gives you control over which users can and can’t access specific areas of your network. Network administrators usually deploy password-protected accounts and authentication processes before anyone can access the organization’s network.

Network access control also works by verifying users who are allowed to access the network by performing a check to see if they have the appropriate prerequisites.

Network segmentation is the approach of using software that defines areas where the traffic of a network can be placed under various classifications. Besides using IP addresses as a basis, these categories also take into account the endpoint’s identity.

This form of segmentation allows authorized users to access the network according to their role, location, and more while containing those that attempt to get in using suspicious devices.

A firewall is a digital barrier between the external network, such as the internet, and the internal network of the organization. It employs a set of pre-defined rules that administrators configure to allow or block traffic.

Network security is extremely dependent on using next-generation firewalls as it significantly reduces the possibility of application and malware attacks.

A remote virtual private network (VPN) is a form of network security that works by encrypting one’s connection. It primarily ensures that proper authentication protocols take place between the user’s device and the internet to minimize potential threats.

Additionally, remote access VPNs allow organizations to keep the privacy of their users safe and secure via encryption and multi-factor authentication.

Similar to network access control, ZTNA considers the access and permissions of a user before they allow them to continue using the network. However, ZTNA is more granular as it focuses on limiting users to accessing only those apps that they need to fulfill their roles.

DLP technology ensures that organizations are capable of maintaining data and resource confidentiality by minimizing the possibilities of employees sharing company information with third parties.

Such technology works by preventing or restricting employee access to specific data through the blocking of websites and ports that allow for printing, uploading, and forwarding actions.

One of the most common ways cybercriminals breach organizational networks is by tricking people into engaging with their malicious emails. It’s therefore crucial that businesses set out to improve their email security to guard their networks.

Email security applications that can scan messages for harmful programs while filtering suspicious data are, therefore, crucial. Administrators can also use these programs to control the outward flow of messages to stop any form of data loss.

Another type of network security approach is the use of an intrusion prevention system or IPS. This model works by proactively scanning the traffic that goes in and out of a network to help prevent attacks.

Certain rulesets can be put in place that can run at specific intervals on their own or manually depending on the need.

Most employees have their own mobile devices for work, which is why many cybercriminals target them due to how popular they are. Corporate apps are becoming more common as they can markedly improve productivity when used right.

However, keeping these devices under control is important. Access control to these gadgets is one thing while configuring connections for privacy is also essential.

As mentioned earlier, network security plays a vital role in keeping an organization safe and secure from potential threats. Cybercriminals are rampant nowadays, which is why it’s important for businesses to ensure they have the right security in place to reduce the gaps in their networks.

Network security is more crucial now than ever since more sensitive and personal data are making their way into digital archives and repositories.

Keeping everything covered by employing the various types of network security protections can significantly improve the security, and thus, the productivity of a company.

Since the average cost of a data breach can be very expensive, it’s essential that businesses start a network security assessment. From there, businesses can determine what protocols they currently have in place and determine if enhancements should be made.