What is a Watering Hole Attack in Cyber Security? 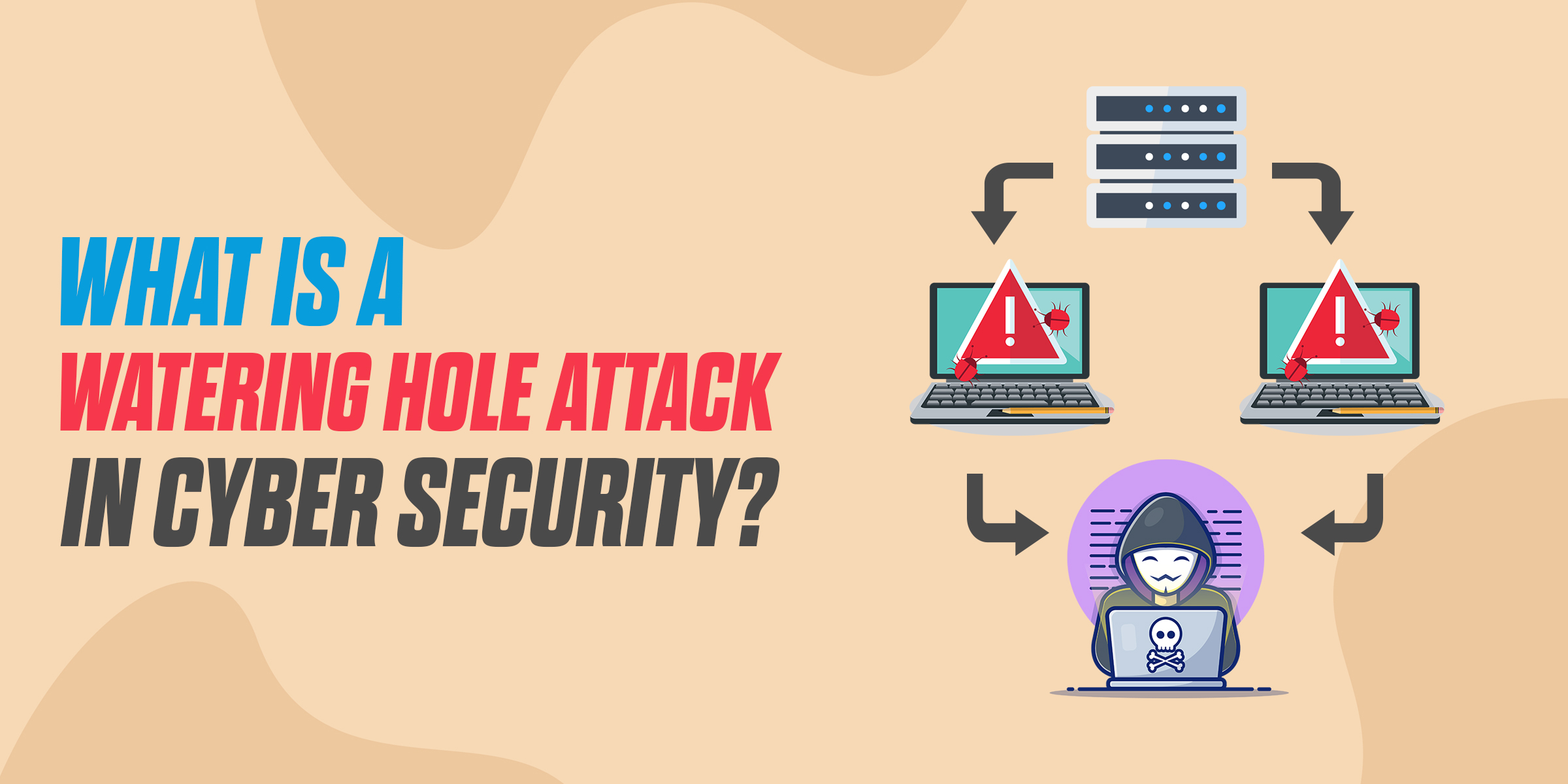 03 Oct What is a Watering Hole Attack in Cyber Security?

Posted at 16:27h in Cyber Security by Stefan Schulz

Cybersecurity is constantly evolving; there are always new attacks and threats. One such attack is the watering hole attack.

These social engineering attacks occur when users are tricked into divulging their personal information to a third party, such as a website selling products or services. Often, these websites can use this information to steal the user’s money or identify them as possible victims of phishing campaigns.

In this article, we’ll explore the watering hole attack, how it works, and discuss what users can do to protect themselves.

What is a Watering Hole Attack?

A watering hole attack is a targeted cyberattack in which malicious actors infect popular websites frequented by their intended victims, unlike phishing and spear-phishing attacks, which are often intended to steal information or install malware on users’ devices. A watering hole attack infects a specific user’s computer to gain access to their company’s network.

The term “watering hole attack” originates from the world of hunting. The hunter doesn’t need to follow the prey for long distances; instead, it predicts where the prey will go and then waits there, usually at a body of water known as a watering hole. The hunter pounces when the prey comes to it of its own volition, usually when it is vulnerable because it has let its guard down.

Watering hole attacks are difficult to detect and generally target highly protected enterprises through less security-conscious workers, business partners, or connected vendors. And since they might get through many defenses, they’re also very damaging.

Attackers in 2013 were able to breach the security of Facebook, Twitter, Microsoft, and Apple. In sites frequented by the organizations mentioned above,’ personnel were compromised as part of a larger “watering hole” operation. iPhoneDevSDK.com was one of the websites targeted in this attack. Drive-by downloads of exploits for the zero-day vulnerability in the Java browser plug-in, installed on both Windows and macOS, were made available to visitors of the compromised websites.

This daring cyber espionage operation was carried out by a Chinese hacking gang known as LuckyMouse from 2017 to 2018. The campaign used watering hole attacks against a huge national data center in central Asia to access confidential government information and assets. LuckyMouse members successfully injected malicious Javascript code into official government websites that the data center staff routinely consulted. This allowed the attackers to infect the victims’ systems with a Remote Access Trojan and gain control of them remotely.

A watering hole attack occurred in 2016 against the International Civil Aviation Organization (ICAO), a group that works closely with the United Nations to establish global aviation policies. LuckyMe, a hacking collective, was also blamed for this incident. Two ICAO servers, along with the domain administrator and systems administrator credentials, fell victim to the group this time. Within 30 minutes of the ICAO cyberattack, the website of at least one UN member state, Turkey, had been breached.

How to Prevent Watering Hole attacks?

Typically, users who are victims of watering hole attacks are unaware that they’ve been compromised until they access an infected website. Here are some of the defenses that can be used to prevent such attacks:

In conclusion, watering hole attacks can be extremely damaging to organizations because they are hard to detect. Often, they can only be detected after the fact by repeat visits to the compromised websites or by looking at the effects of the exploited. Early detection of watering hole attacks is key to stopping them from compromising your organization’s network. And since malware authors can’t know all possible attack vectors, your organization needs to be prepared for anything and everything to prevent such attacks from being successful.