What is Whaling in Cyber Security? 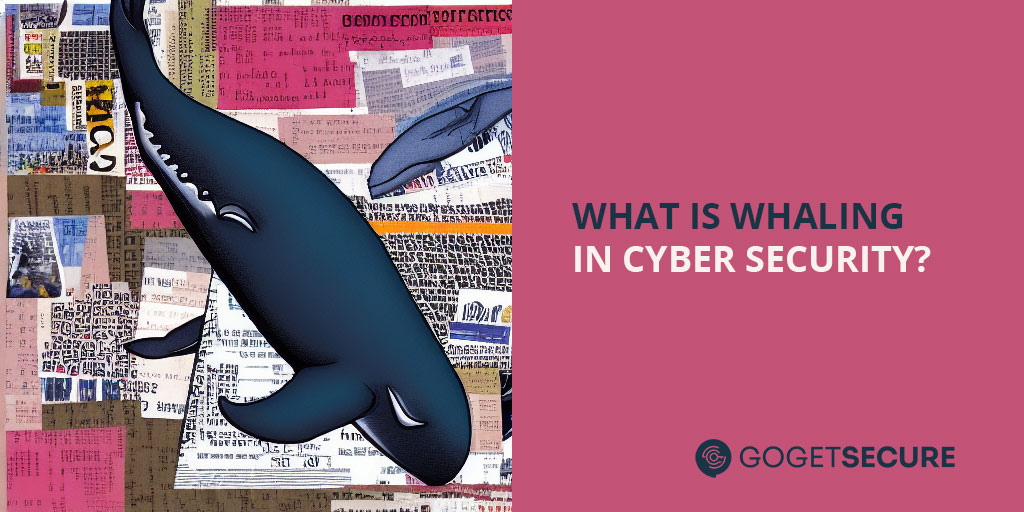 13 Oct What is Whaling in Cyber Security?

Posted at 21:43h in Cyber Security by Stefan Schulz

Whaling attacks have become an integral part of the cybercriminal’s repertoire. Cybercriminals use the whaling attack to masquerade as a senior player at an organization and directly target seniors or other important employees to steal money and sensitive information or gain access to their computer systems for criminal purposes.

Whaling attacks are usually very well-crafted and can effectively gain access to privileged information or money. They are considered one of the most dangerous social engineering attacks because they are less likely to be detected and more likely to compromise sensitive information.

What is a Whaling Attack?

Whaling attacks can be carried out in various ways, such as through email phishing or websites that spoof internal networks. As a result of their widespread adoption and ease of implementation, these assaults are regularly employed by cybercriminals.

The following are examples of some notable whaling attacks:

Snapchat was duped by a fake CEO email

In 2016, a Snapchat worker fell for a phishing email that falsely claimed to come from the company’s CEO. All of the employee’s paycheck data was leaked to the perpetrator.

The co-founder of an Australian hedge company called Levitas Capital clicked on a malicious Zoom link in November 2020. Fraudulent invoices were used in an attempt to steal $8.7 million. Finally, they were only able to steal $800,000. Unfortunately, Levitas’s image took a big hit, and the loss of their largest customer ultimately led to the end of the hedge fund.

FACC, an Austrian aerospace business, sacked its CEO after he was implicated in a 2016 “whaling attack” that cost the company over $58 million. According to the company’s official statement, CEO Walter Stephen “severely violated his duties” by enabling the attack to happen.

In conclusion, whaling is a type of cyber-attack used against senior management. It poses a serious risk to an organization’s safety since it may be used to steal or jeopardize confidential data or funds with relative ease. Whaling attacks are difficult to detect and also easy to carry out. There are many well-known examples in which whaling attacks have been successfully used against organizations, so all organizations must be vigilant about the threats that whaling attacks can bring.

For more information on how to prevent whaling and other social engineering attacks, read our guide here.